Dancing on the Edge

Contemporary performing arts from a region in motion

Dancing on the Edge (DOTE) stimulates artistic exchange with the Middle East and North Africa. The focus is on contemporary art -theater, dance, film, music and installations- of high artistic quality.

The activities of Dancing on the Edge are categorized under 4 headings: ‘Festival’, ‘Exchange’, ‘Academy’ and ‘Programming’ and take place in The Netherlands, Europe, and in the Middle East and North Africa. DOTE is based in Amsterdam, The Netherlands, and exists since 2006.

END_OF_DOCUMENT_TOKEN_TO_BE_REPLACED

In 2011 JG Baggerman and Lucienne van der Mijle founded the Global Performing Arts Group (GPAG). It is an Amsterdam-based entertainment industry liaison between theatre companies, promoters, agents, producers and programmers from around the globe. With access to GPAG’s international network of theatre professionals, clients can enter new markets or expand existing ones.

Besides GPAG is the international agent of Dutch companies like The Ashton Brothers, Percossa and Jakop Ahlbom.

END_OF_DOCUMENT_TOKEN_TO_BE_REPLACED

DeLaMar is a contemporary two-auditorium theatre (more than 1500 seats), a Grand Café and various foyers that are also suitable for events. An exceptional photo collection hangs in the foyers. Janine van den Ende purchased various works, but in particular commissioned five prominent Dutch art photographers with the theme of ’theatre’. Erwin Olaf, Viviane Sassen, Hans Eijkelboom, Cuny Janssen and Koos Breukel each provided their own interpretation of this theme. END_OF_DOCUMENT_TOKEN_TO_BE_REPLACED

Personal encounter with the (ab)normal

Museum Het Dolhuys wants to leave visitors with a positive and lasting impression, one that contributes to the de-stigmatisation of people with a psychiatric disorder. It does so by creating a personal encounter with the (ab)normal. In the museum you interactively experience the boundaries between lunacy and run of the mill, normal and abnormal. END_OF_DOCUMENT_TOKEN_TO_BE_REPLACED

A monument with an impressive history

With sky-high ogive arches and magnificent art treasures, the recently restored Pieterskerk in Leiden is an awe-inspiring building that boasts a fascinating history, making for an unforgettable setting for each and every event – whether a grand dinner, congress or exhibition in the sanctuary and the nave, a concert under the stained glass windows, or a private meeting in the seventeenth-century period room. END_OF_DOCUMENT_TOKEN_TO_BE_REPLACED

With its 21 halls and rooms and 5,500 m2 of space, the Beurs van Berlage Exhibition & Congress Centre serves as a versatile location when organising your training session, meeting, conference, event or party. With room for 2 to around 3,000 people, its modern facilities go hand in hand with an exceptional, inspirational ambience. END_OF_DOCUMENT_TOKEN_TO_BE_REPLACED 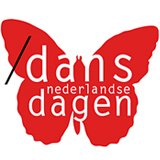 A wealth of Dutch dance in a single weekend

From urban dance to classical ballet, from renowned choreographers to raw talent, with an exciting and diverse program of dance performances that grabs you by the throat, that evokes peace and tranquillity or that tackles interesting interactions. This festival takes place every year at the start of October in Maastricht. END_OF_DOCUMENT_TOKEN_TO_BE_REPLACED

The vanguard of and world’s best in flamenco gathers in the Netherlands for the Flamenco Biënnale. The Biënnale invites dancers, choreographers, singers and guitarists who with their vision, bring to life the centuries old dance and music format, as well as giving it a modern slant. Nearly all 27 performances for the 2011 festival were fully sold out. With dozens of workshops, readings and master classes all full to the brim, it is no wonder that the Flamenco Biënnale attracted 10,000 visitors. END_OF_DOCUMENT_TOKEN_TO_BE_REPLACED

This is a concert auditorium and dance theatre under one roof, with the Residentie Orkest orchestra and the Nederlands Danstheater sharing space.The Nieuwe Kerk as an external location, an agenda packed with performances, concerts and events. Ministries and ambassadors rent the rooms or foyers, political parties celebrate their victories or drown their sorrows here. Festivals are frequently held in the square outside. END_OF_DOCUMENT_TOKEN_TO_BE_REPLACED

Stadsherstel Amsterdam boasts ten exceptional, exclusive locations that can be rented ad hoc. These religious and industrial buildings are to be found both in the city centre, as well as in the rural surroundings of Amsterdam. The atmospheric spaces of these restored monuments are very suitable for holding readings, congresses, receptions, dinners, concerts or presentations. END_OF_DOCUMENT_TOKEN_TO_BE_REPLACED