From both a personal and professional interest, I have been active on the web since 1995. As such I believe I can be called a citizen of the digital world.

The Internet in the past

In its early days, the Internet looked like a large collection of advertising brochures. Websites were shop windows, communication occurred by email. In fact, in the first house style design for TOT created by Jips Company in 2002, the web played no part at all. That’s practically inconceivable nowadays.

In the meantime, communication via the web has become the most natural thing in the world and almost the entire cultural sector is active on LinkedIn, Twitter, Instagram and Facebook. My clients know where to find me for first-rate advice on the most appropriate application for each medium.

Just as with all other media types, social media is not an objective within itself, but a means of communication. It works if you have something to say, are curious about others and if the medium suits you. Whether the latter is true or not can only be discovered through participation.

Ecademy, Trunk.ly, Plaxo, Friendfeed, Hi5, GetGlue, ICQ, Yahoo Groups, Skype, Twitter, Facebook, MSN, Doostang, Frappr!, Sparkx, Tripit, Dandelife, Goodreads, Freep, Delicious, Google Wave, Flickr, MySpace, Flogs, UNYK, Quora, Tungle, LinkedIn, DailyMile, Google+, Mindz, Ping.FM, TrackR, Spotify, Netlog, Klout, Foursquare, Gravatar, StumbleUpon, Dropbox, Evernote, SlideShare, Pinterest. All social media, networks and online platforms. I have tried each and every one of them, and have made selection for personal use. That is what the continuation of ‘From the web’ is about. 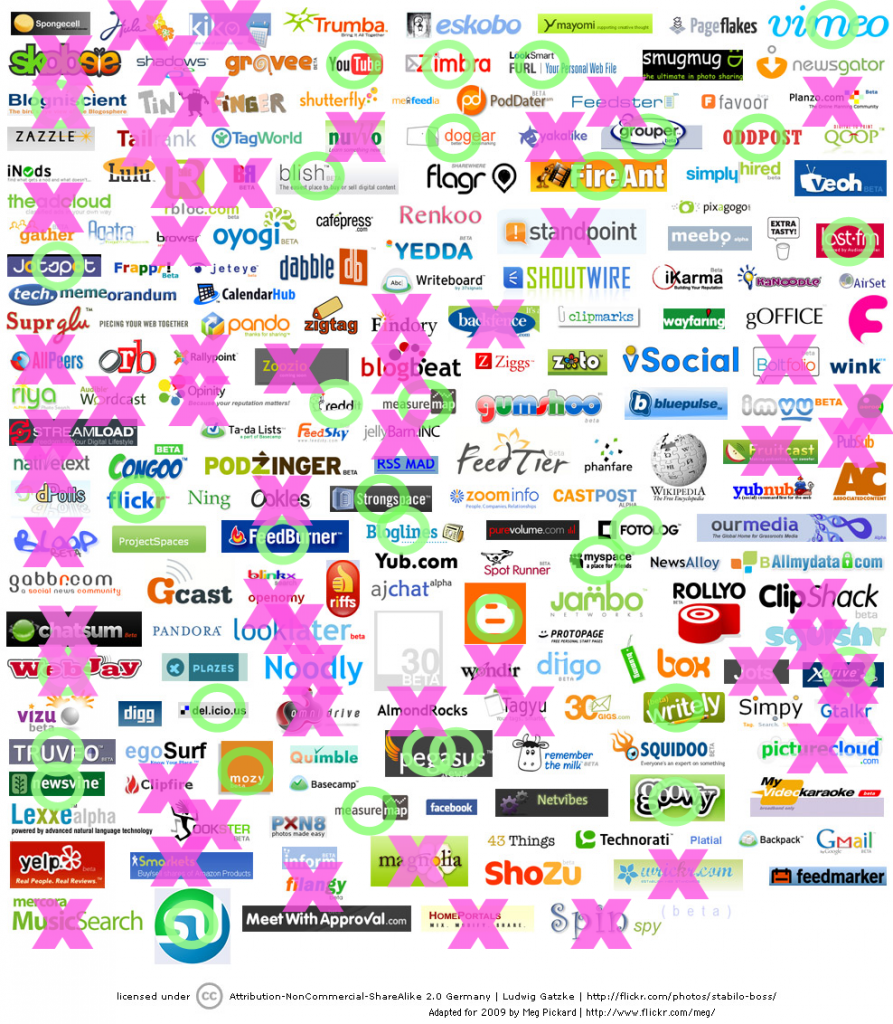 Social media types come and go. Some of the names listed above have already fallen by the wayside; others are currently hot but in a decade’s time might not even be remembered. Thus a year from now you will probably find a variety of new names here.